Great stories about successful women scientists in a variety of fields, but especially in fields where they are scarce.

As far as is known, Laura Bassi was the first female professor in Europe. Voor zover bekend was Laura Bassi de eerste vrouwelijke hoogleraar in Europa. In 1732 Bassi received her doctorate in natural sciences and joined the Academy of Sciences in Bologna. At that time, not all the learned gentlemen agreed, and despite the special chair that had been established for her, the University of Bologna only allowed her to appear on special occasions. To be able to teach (male) students and colleagues with impunity as a married woman, she conducted her research and teaching programme from home. Read the full story of Laura Bassi here in the NRC.

Important women in science: He Zehui 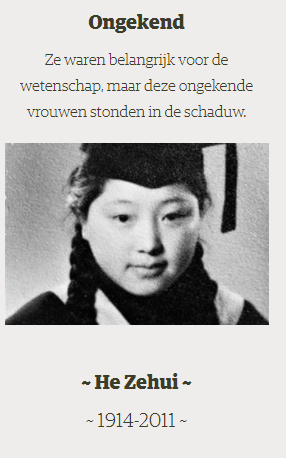 "She was important to nuclear and particle physics, but this scientist has been in the shadows until now."

Read the full story of He Zehui here in the NRC 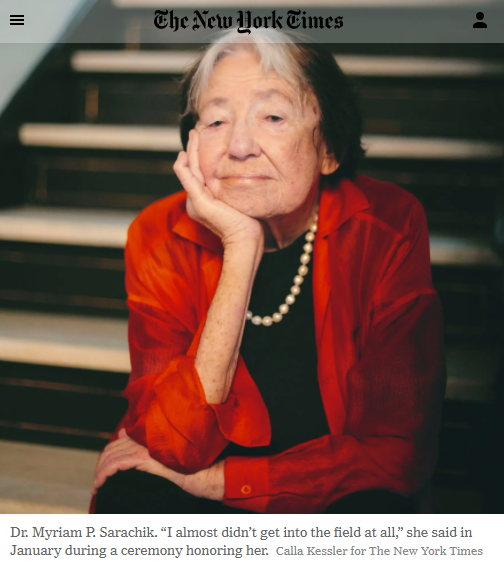 "The woman who persisted."

Read more about the work and life of physicist Myriam Sarachik in the New York Times here.

"But when sister Joan expressed a desire to become a natural scientist as well,her mother was implacable: women's brains were unsuitable for that."

Is it men who keep women away from the sciences? Or are they social conventions? And who has the power to maintain such conventions? Such questions come to mind with the life story of Joan Feynman, who died this summer, aged 93. Read her story here.

The NNV celebrates its 100th anniversary by putting two female Physicists in the spotlight every other month: one from the past and one who is active today. In doing so, they bring attention to how women fared in Dutch physics over the past 100 years. This issue revolves around Caroline Emilie Bleeker and Marjolein Dijkstra. “According to one female employee, Bleeker invariably tried to balance the ratio of the sexes."

After a flying start at Leonard Ornstein in Utrecht, Lili Bleeker conquered the world with the phase-contrast microscopes that Nobel laureate Fritz Zernike built in consultation with her. 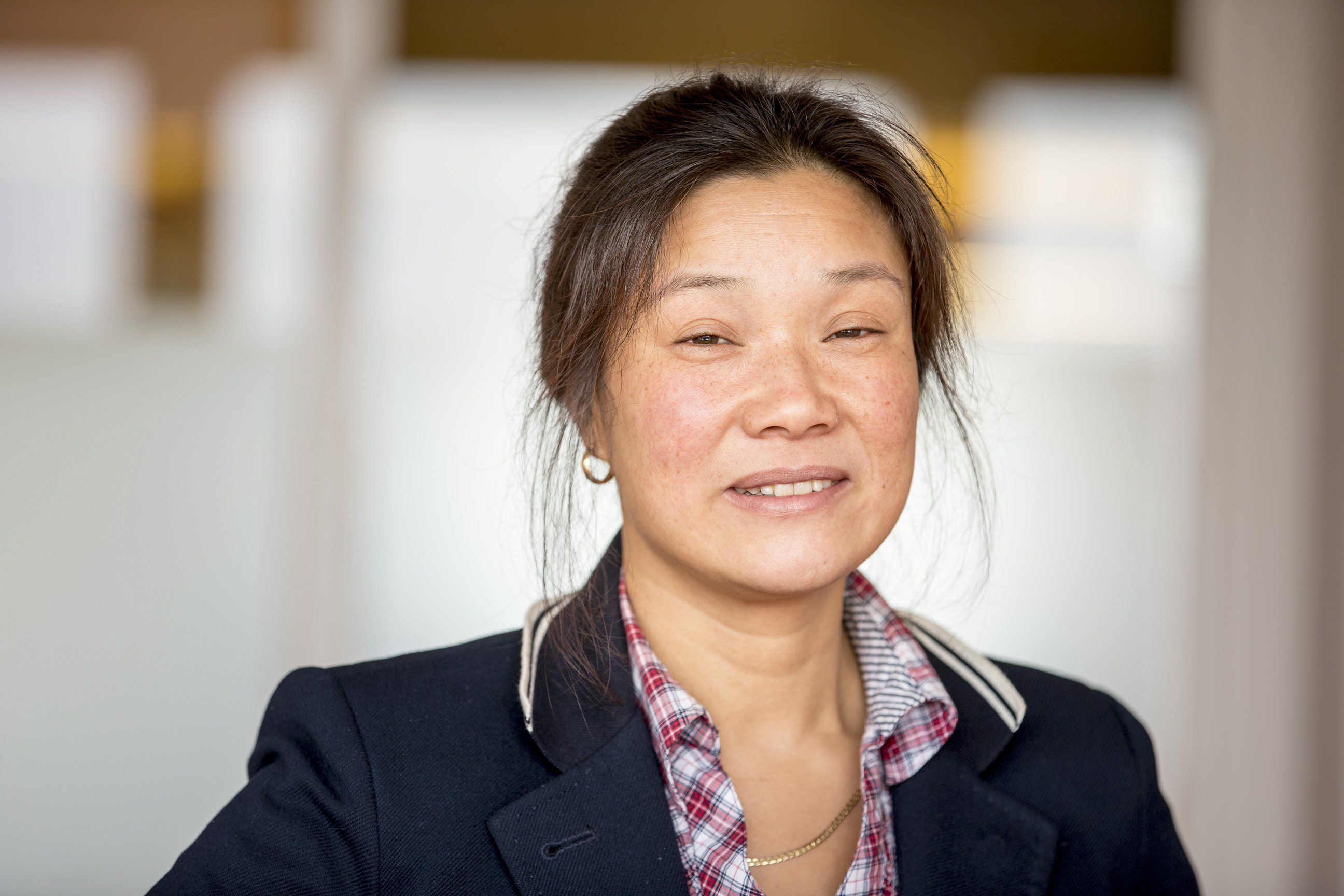 Born when Bleeker had already parted company, Marjolein Dijkstra now leads the successful research group Computer simulations of Soft Condensed Matter at the Debye Institute for Nanomaterials Science, which is housed in the Leonard S. Ornstein Laboratory in Utrecht.

Read the full issue of the NNV here. 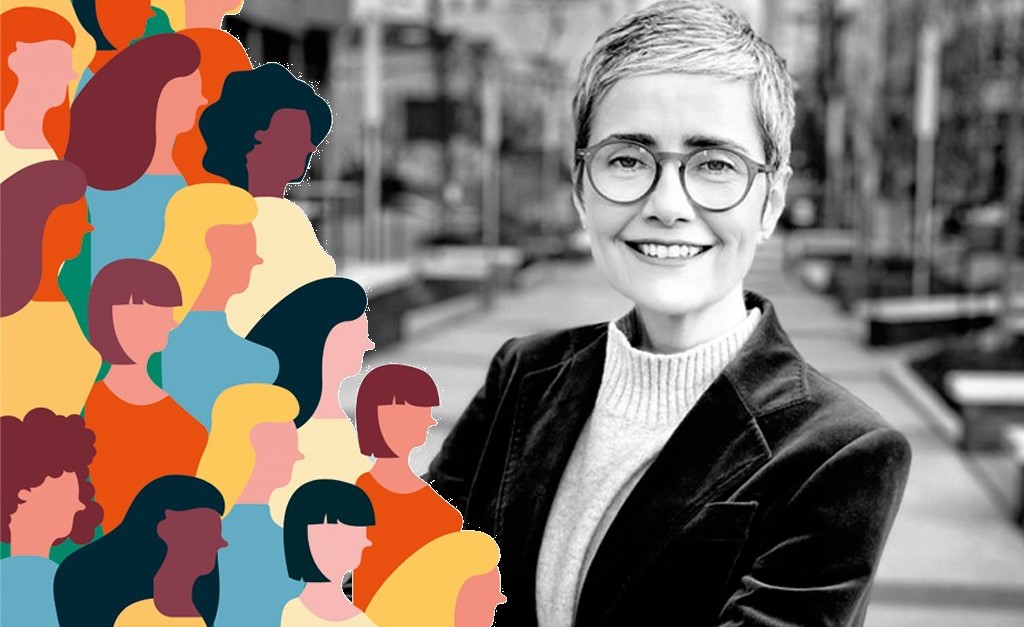 Débora Diniz is a Brazilian social scientist specializing in making connections between bioethics, feminism, human rights, and health. Her work as a scientist and documentary filmmaker has been rewarded with many awards over the years, but her research on female reproductive rights has caused so many threats and hatred that she has had to leave her country. In celebration of International Women's Day on March 8, Athena's Angels circulated a newsletter (https://www.athenasangels.nl/en/newsletters-archive-new-style/archive/77-newsletter-athena-s-angels-march-2021?userid=-&tmpl=raw) with a section on Dèbora Diniz

Athena's Angels believe that her work and accomplishments deserve more attention. However, for English and Dutch speakers, it is not easy to find a complete page on Dèbora Diniz online. The English page is incomplete and the Dutch Wikipedia page does not exist: who would rise to the challenge of making some additions to her Wikipedia page?

This is the English Wikipedia page that needs to be completed: https://en.wikipedia.org/wiki/Debora_Diniz

Her Portuguese page can be found here: https://www.escavador.com/sobre/6845948/debora-diniz

Here is a list of scientific research in her name: https://www.researchgate.net/scientific-contributions/Debora-Diniz-7912095

The NNV celebrates its 100th anniversary by putting two female Physicists in the spotlight every other month: one from the past and one who is active today. In doing so, they bring attention to how women fared in Dutch physics over the past 100 years. This issue revolves around Anneke Levelt and Marileen Dogterom.

"Sociologists have provided convincing evidence of the prejudices against women that exist even in the natural sciences which nevertheless pride themselves on their objectivity."

After a PhD with A.F.J.M. Michels in Amsterdam, Anneke Levelt Sengers and her husband Jan Sengers left for the United States where she was allowed to work. There she became the 'most thermodynamic woman of the world'.

Marileen Dogterom (1967-): inequality in the profession reflects that in society 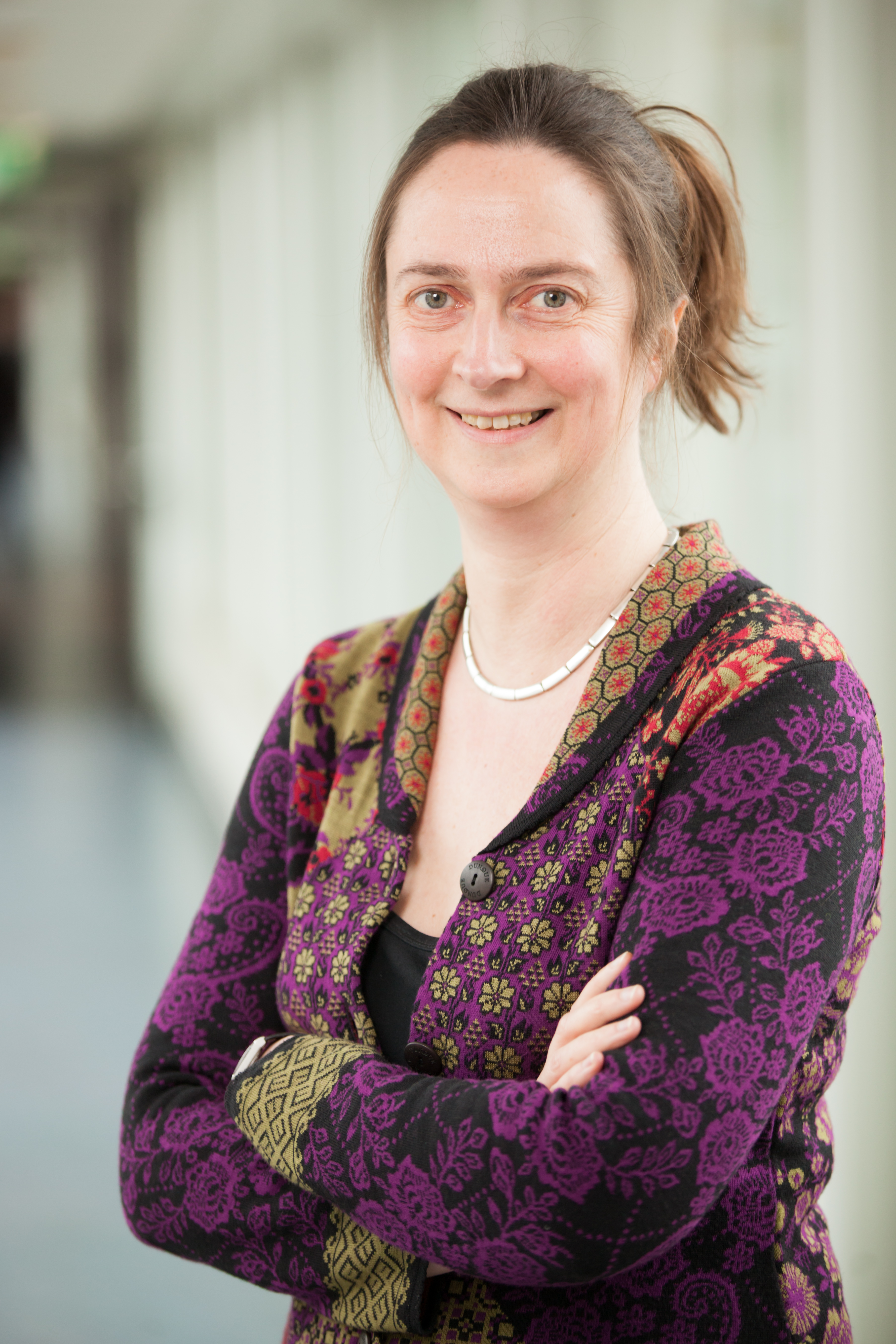 "An ambitious student who was sensitive to the opinions of others would have been crazy to choose biophysics in those years."

Some thirty years later, Marjolein Dogterom also left for the United States. But unlike Levelt Sengers, Dogterom was subsequently able to work in the Netherlands: she now leads a research group in Delft and is, among other things, vice president of the KNAW.

Read the full issue of the NNV here. 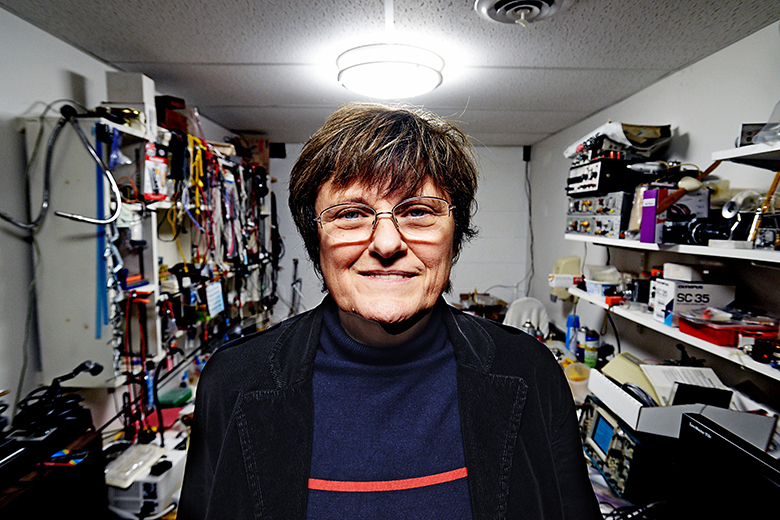 “The best scientists try to prove themselves wrong. Kate’s genius was a willingness to accept failure and keep trying, and her ability to answer questions people were not smart enough to ask.”

Even though she faced many barriers within academia, Hungarian biochemist Kati Karikó laid the groundwork for the mRNA vaccines by spending hours upon hours on 'the bench'. Her work shielded the world from the coronavirus. Read about her extraordinary efforts and work in this article in the New York Times. 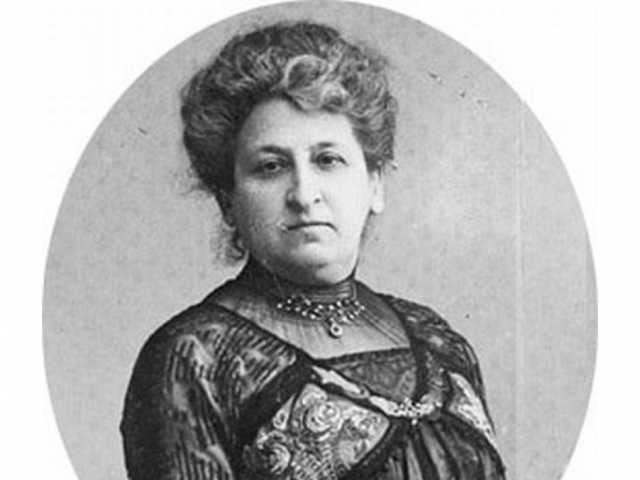 "Don't you guys notice that there are only busts of male doctors here?"

On weekends throughout March, Women's Month, Buenos Aires hosted an audio theater tour about Dutch physician and feminist Aletta Jacobs. Guide Lucia Aduriz says this theater piece comes at the right time for Argentina because there is still plenty for the Argentine women's movement to fight for. Read more about the play, Argentine's macho culture, and why Aletta Jacobs is an important role model in this report from the NRC.